We all know that Jesus was an amazing person. But He is so much more than that! Not only did He lead a sinless life, He also was a man that impacted the world! This impact was so great, that they decided to start counting all over. Now, more than 2000 years later, we can still read about what took place. Everywhere He went something happened: people changed. The blind were able to see again, water was changed to wine and liars got back on the straight and narrow. Yet this was not enough for Jesus. When He was 33 He voluntarily gave up his life to those who wanted to murder Him. They murdered an innocent Jesus as if He was a guilty slave and assumed that that was the end. Nothing could be less true, for three days later He rose from the grave! The Bible teaches us that His short death equalled eternal life for us. By believing in Jesus and accepting him as the only way to God, we can be free from all sin in this world, just like Jesus.

“For God so loved the world, that He gave his only begotten Son, so that whosoever should believe in Him, should not perish, but have everlasting life”. – John 3:16 – 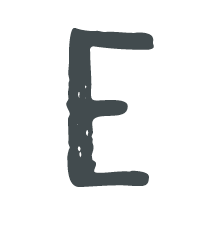 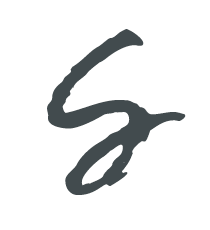 Tanja: ‘’I was raised in a Christian home and have been to church my entire life. Jesus has always been very real to me. As a child I felt very close to Him, He captured my heart at a very young age, and I haven’t let go of Him since. Words cannot describe how grateful I am to Him for who He is, for what He has done for me. Even though He is the greatest, strongest and most powerful, He loves me so much and always wants to be with me. I am so happy with Jesus and I want to live, move, breathe and have my being through His great love for me. Jesus is and always will be the love of my life.

Jafeth: ‘’Jesus is always with me and will never leave me. He has shown me again and again what unconditional love is, what grace is. He is teaching me to live out that love on a daily basis. He gives me peace in this busy world, by spending time with Him. He challenges me to trust Him completely in everything. He chooses to use me in His great plan. He is always willing to start again when I mess up. He lets me know what makes His heart beat faster. He will not cease until He has completed the work He started in me. He calls me to follow in His footsteps. Living life with Jesus, is true life!”

Sifra: “I got to know Jesus as my best friend and as a caring father, when I was at a very difficult point in my life. When I was 18 years old I went abroad for three months for school. All of my secure surroundings were gone and I was literally alone. It was at that point that I felt that Jesus was so close to me. As of that point I knew that Jesus still was the Living God and I wanted nothing more than to live very close to Him. It is amazing that Jesus chose to come to earth to bring justice and new life. Jesus is teaching me to see the world through His eyes and to love people, to bring justice and to worship Him!’’

This website uses cookies to improve your experience while you navigate through the website. Out of these cookies, the cookies that are categorized as necessary are stored on your browser as they are essential for the working of basic functionalities of the website. We also use third-party cookies that help us analyze and understand how you use this website. These cookies will be stored in your browser only with your consent. You also have the option to opt-out of these cookies. But opting out of some of these cookies may have an effect on your browsing experience.
Necessary Always Enabled
Necessary cookies are absolutely essential for the website to function properly. This category only includes cookies that ensures basic functionalities and security features of the website. These cookies do not store any personal information.
Non-necessary
Any cookies that may not be particularly necessary for the website to function and is used specifically to collect user personal data via analytics, ads, other embedded contents are termed as non-necessary cookies. It is mandatory to procure user consent prior to running these cookies on your website.
SAVE & ACCEPT